About Reyes Winery On Main

Reyes Winery on Main, is the 1st rooftop tasting room in Santa Clarita Valley. Come enjoy the view with a glass of wine and amazing food. 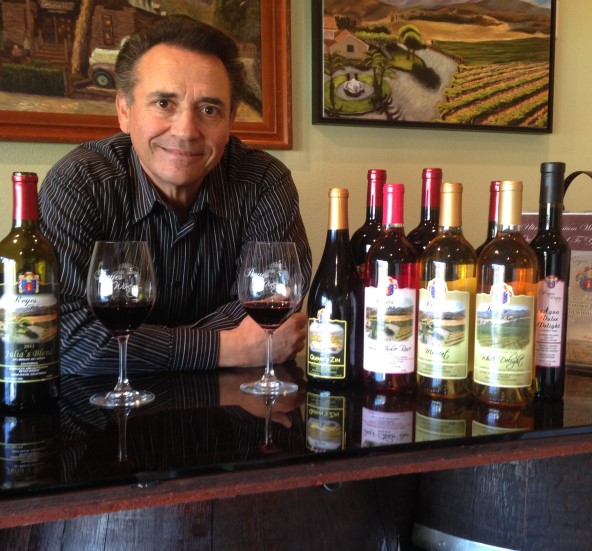 Robert Reyes was born in the Dominican Republic on June 7th, 1950, and in 1962 his family moved to the United States of America. At a very young age Robert learned the value of hard work. He attended high school and college in New York City, and upon graduation was hired by an insurance company as a computer programmer and operator and transferred to Los Angeles in 1971, where soon after that he met and married his wife and had two daughters and a son.

At the age of 23 Robert started his journey in the real estate industry and in 1984 he purchased a construction company. To run the company Robert acquired a general contractor’s license, which he maintains to this day, and also acquired a Los Angeles City welding certification. The company’s main business is the manufacturing of glass garage doors, and it’s successfully run by Robert’s son Robert Reyes ll.

Immediately after completing his Master of Business Administration, Robert started art classes and studied and successfully replicated the master painters of the Renaissance, such as: Da Vinci, Monet, and Rembrandt, to name a few. In the last few years Robert created his “Vineyard Series”, which is exhibited and sold in the tasting room at Reyes Winery.

Because of a passion for art, wine and winemaking, Robert Reyes envisioned having a small vineyard to produce small amounts of premium wines for family and friends, and in 2002 he purchased the beautiful land where the Reyes Vineyard and Winery are located today. His vision changed from a personal hobby to a commercial winery. As of December 2020, Reyes winery has won 256 medals and awards from various major competitions.

Reyes wines are distributed throughout Southern California and are shipped all over the country, and are also available on its website, reyeswinery.com, and at numerous wine stores in Southern California as well as the winery is Agua Dulce. Reyes Winery has a tasting room open to the public on weekends where Robert’s paintings are exhibited and sold.

Robert donates to various charities, here in the United States, and in his native country, the Dominican Republic.

Robert’s tenacity, discipline, perseverance and thirst for knowledge have brought him to where he is today.